Swinging with your Emotions 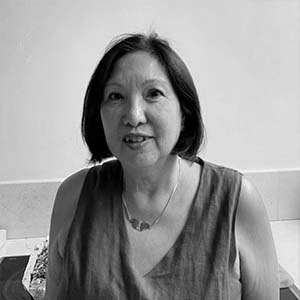 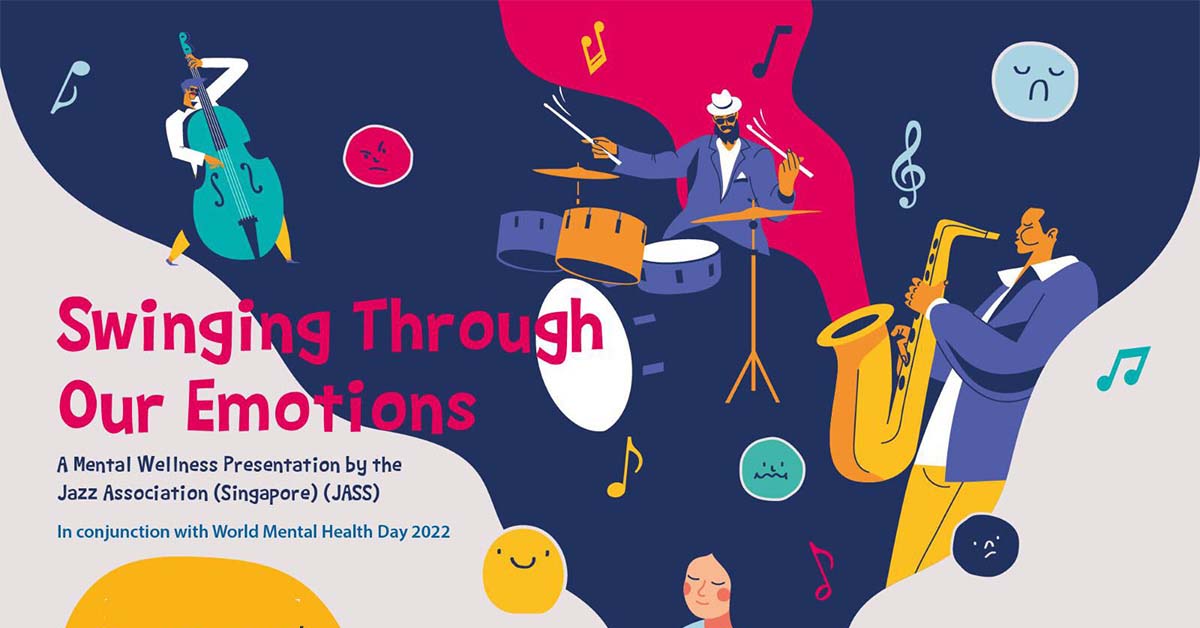 Mental health is a taboo topic, especially in achievement-oriented Singapore.
And yet, 8% of Singaporeans have been diagnosed with depression, and 7% with anxiety, pre-COVID-19. This is according to Professor Kua Ee Heok, Consultant Psychiatrist, and former head of the Department of Psychological Medicine, NUS.
Post pandemic, Prof Kua, who is the former CEO and Medical Director of the Institute of Mental Health, Singapore, estimates that this figure may have risen to 20% and 30%, and should be taken seriously.
These statistics refer to subclinical cases; those who are going about their daily routines, but who have sought diagnosis and help.
Advertisement
There are many more who do not seek help, for fear of the stigma of being branded as having mental issues.
Prof Kua was the keynote speaker at “Swinging Through Our Emotions” a mental wellness presentation by the Jazz Association of Singapore in conjunction with World Mental Health Day. A recording of the session will be shown at 8pm on Monday, 10 October.
Singapore’s King of Swing, Jeremy Monteiro, shared the stage with his son, Varian Monteiro, a counselling therapist, Dr Kua, and clinical psychologist Aarti Chidambaram, to openly discuss this topic in a most novel way.

Jeremy and his musicians, the melodic Rit Xu on the flute, versatile bassist Eugene Chew, and dynamic drummer Soh Wen Ming, opened each theme with compositions to illustrate how jazz echoes emotions.

Pairing music with punchy insights into emotions, the part they play in our life, and what we can do to handle emotions kept the audience completely engaged from the first minute right until the very end.

Lighting Up Our Emotions

Emotions are the traffic lights of our life, emphasised Varian, and to understand our emotions is the first key to understanding ourselves, and being able to empathise with others.
The gamut of human emotion is vast, ranging from surprise, to anger, grief and sadness, joy and happiness. And being unable to cope with some of these emotions or prolonged dwelling on them can result in loss of mental function.
Beyond the many mental afflictions which have been categorized, new ones have emerged, including “Hikikomori”, a silent epidemic affecting adolescents and youth, first noticed in Japan and which has spread worldwide, including Singapore, where near complete social withdrawal and isolation results in depression and potentially, suicide.
Dr Kua explained that the thumb-sized part of our brain which governs memory and emotion is the seahorse-shaped hippocampus.
Billions of cells in our brain speak to each other through neurotransmitters or chemical messengers, emitting happy hormones such as “feel good” dopamine and serotonin, and supercharged adrenalin.
Knowing that anxiety and depression are very real, are there non-clinical solutions to generate self-joy, which, in turn, will radiate to wanting to spread cheer to others and is itself a powerful prevention against the slide to depression and anxiety.

Music to Soothe the Savage Beast Within

Dr Kua shared how Singapore was asked to present to the World Congress on Psychology, ground-breaking research on how much music affects memory and mood in a positive manner.
Seniors in Jurong were asked to participate in choral singing in the Yong Loo Lin concert hall in NUS. Brain scans done before and after such sessions proved that participation in musical activities transformed personalities overnight, and forged friendships among strangers.
In 1995, Singapore had the second-highest rate of suicides amongst elderly males: 62 per 100,000 out of 400 suicides per year.
Whilst there were naysayers, he was of the view that suicides were preventable and that loneliness was the prime reason. He advocated for accessible day-care centres and training in geriatric care, which was never a priority.
Following the acceptance of these suggestions, the rate was more than halved to 30 per 100,000 by 2000, another milestone for Singapore to be proud of.
There are many non-drug remedies for Singaporeans and being out in nature and fresh air is one of them. Singapore is the only country in the world, save for Rio de Janeiro, to have a rainforest right in the city, and forest bathing is well within our reach.

Look Back On Anger

We then swung to the next emotion, anger. Jeremy launched into Miles Davis’ So What. Jeremy explained that Miles had told his musicians just before the show started that they wouldn’t be paid. It was a way to unleash the anger in the musicians.
Discordant and strong, emotions ran high as we sat through the raw strength and anger of this wonderfully played set, so much so that we were told to take three deep breaths to calm down after listening.
But are emotions such as anger, bad? Both Varian and clinical psychologist, Aarti, explained that there is no such thing as a positive or negative emotion. As Jeremy said, anger can drive actions. Without anger, we will have no activists.
Aarti explains emotions as “energies in motion”.

The hardest emotion to overcome is disgust or contempt. Disgust was an important evolutionary tool discovered by Charles Darwin, which prevents humans from ingesting what is bad for them, such as rotting flesh.
But when emotions go to the extreme, there will be negative consequences, and the only way to battle them is through the opposite emotions of trust and respect, which can only be engendered through connections.
The ability to communicate what we are, and what we are not, is the only way to build connections. When connections are built, we will move further away from disgust.
At this juncture, Jeremy and his musicians launched into an upbeat Falling in Love Again a tune to remind us that there are many things that we can be grateful for, and to embrace.

The team then turned the tables, to talk about a difficult emotion, “Sadness”.
Is it the villain of happiness?
Sadness can be generated by any loss. Loss which is not necessarily material, but Jeremy said that he himself went through total material loss, at one stage of his life. Loss can be of time, of self, of a moment, or for Jeremy, a beloved parent, in whose memory, he played another one of his compositions, Life Goes On.
The psychologists reminded us that emotions should not be buried, and that “keeping a stiff upper lip” and bottling it all up can be unhealthy coping mechanisms.
Emotions are pieces of information that can intensify if not attended to or avoided.
Sadness is an emotion which, going back to the analogy of a traffic light, is a signal that we need self-compassion and compassion from our support system of family, friends and community, which we should not be afraid to reach out to.
Some people do revel in sadness, but others, who Aarti cited, may actually suffer from “toxic positivity”, aversion to sadness, and go through great lengths to avoid it.
“Blues therapy”, dirge-like and repetitive music by the black slaves, was the tool Jeremy used. Together with the audience, he composed three sets of “blues lyrics” which everyone participated in gleefully.
The guest of Honour, Minister of State for Culture, Community and Youth, Alvin Tan, took to the floor as the last speaker. He spoke about his own personal experiences as a minister, and the challenges of coping negative emotions.
Sadness teaches us empathy, without which he could not be in a position to understand what his constituents are going through.
He shared that mental health will no longer be an issue that will be swept under the carpet. The government is now making a paradigm shift to raise awareness about the importance of mental health and to destigmatize mental health issues.
A national wellbeing network together with a happiness initiative is being set up, to train community leaders as first responders to identify those afflicted, and to recommend step up care.
He ended up by expressing, how, immediately after taking office the pandemic happened and the sectors for which he was responsible, tourism and the arts, took the biggest hits.
Those in the arts were told by others that art is not an essential service, but he takes a contrary view: If we do not have art, we are not whole. Art and music have big roles to play.
We ended up on a high note, as Jeremy showed us how jazz can be therapy by playing Homecoming a tune he composed in his head as he was flying back to Singapore after a month away.
To say that this is an excellent event, is such an understatement. We were brought on a journey of life, inundated with so much information which was all absorbed with ease.
We will never be quite the same again, swinging and swaying on our private rollercoaster of emotions.
Swinging Through Our Emotions will be shown on 10 October at 8pm(SGT) on YouTube and facebook. 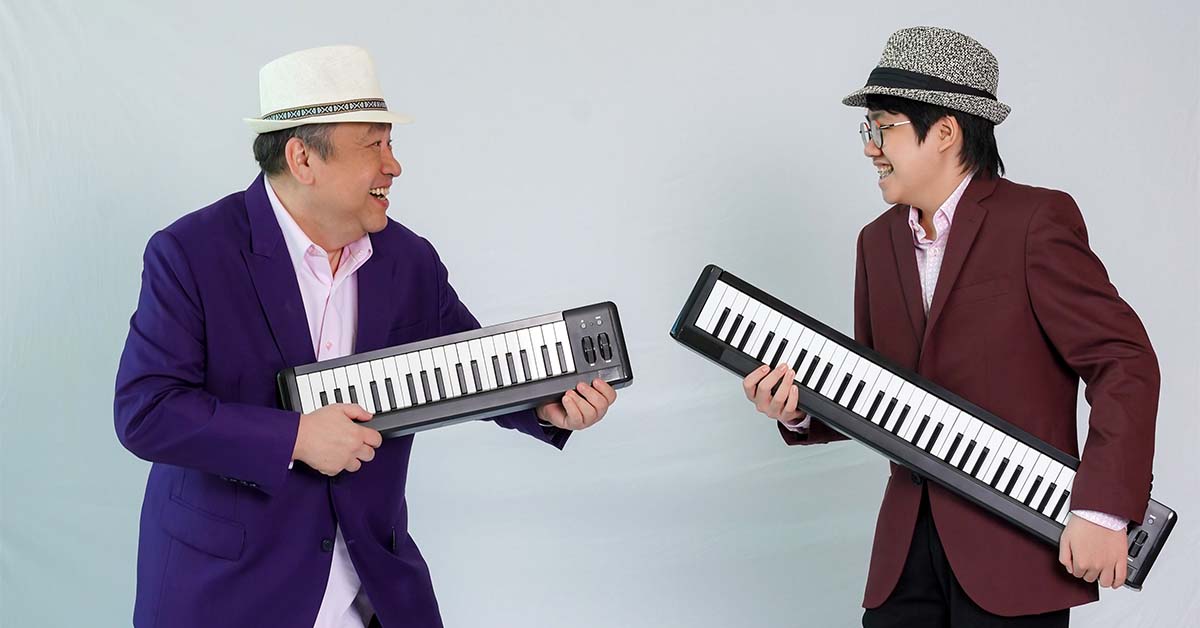 Jeremy Monteiro has been keeping jazz spinning for the last 45 years. 45RPM Jeremy’s Jazz Journal showcases the various artists the Cultural Medallion winner has collaborated with and the key highlights in his life. 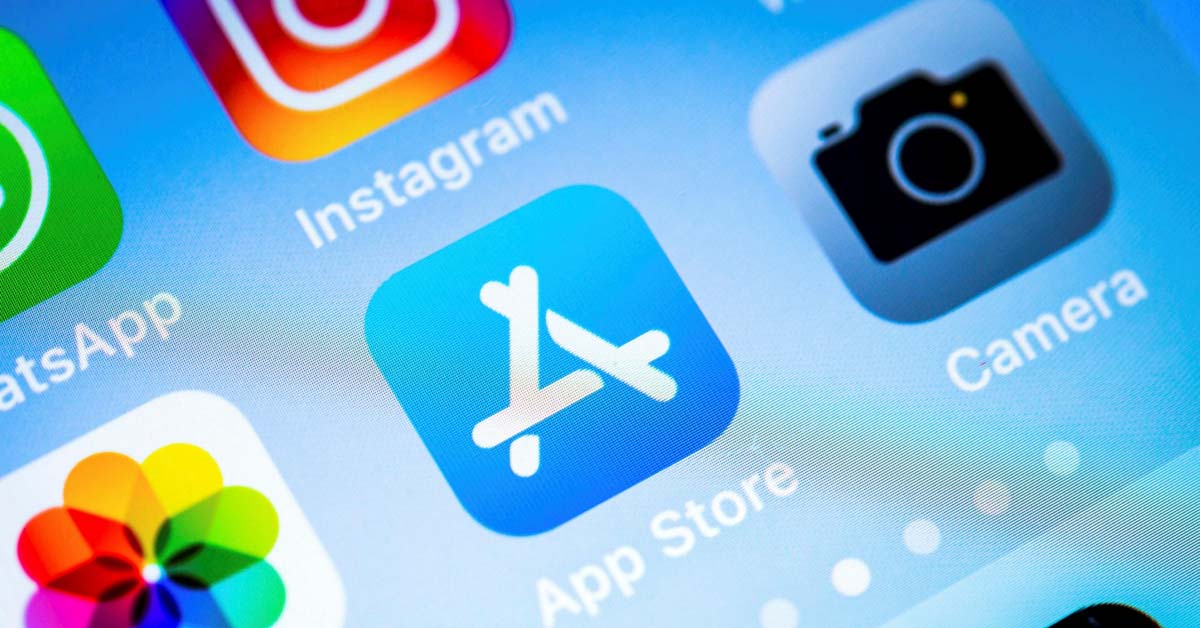 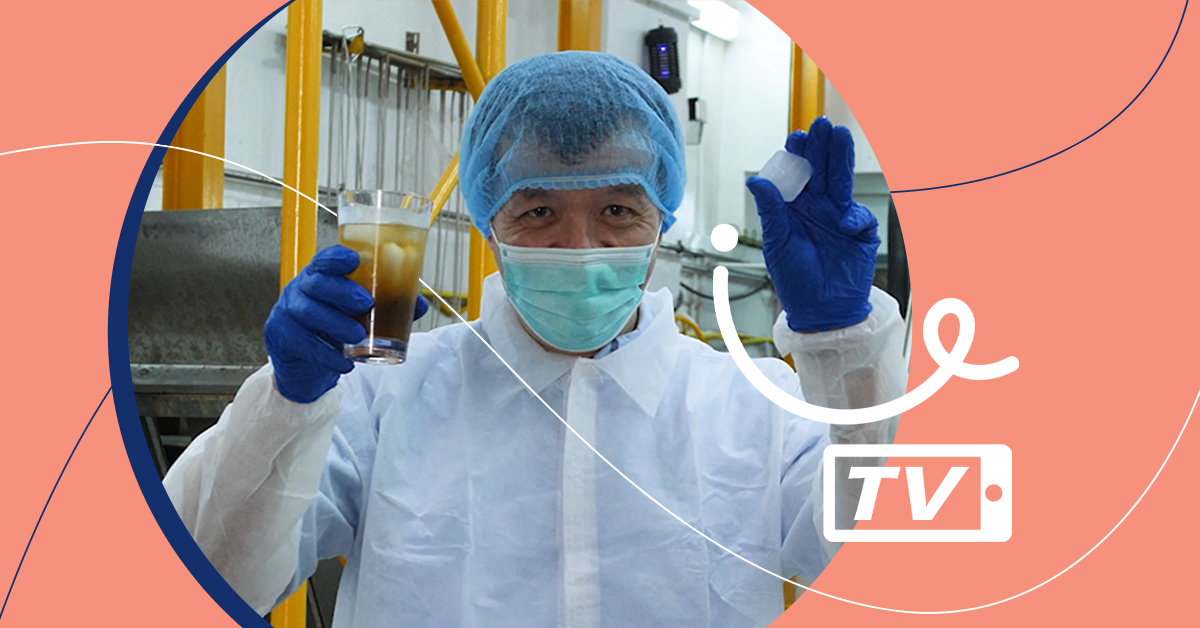 Ask an expert: A cooler way to a healthier gut 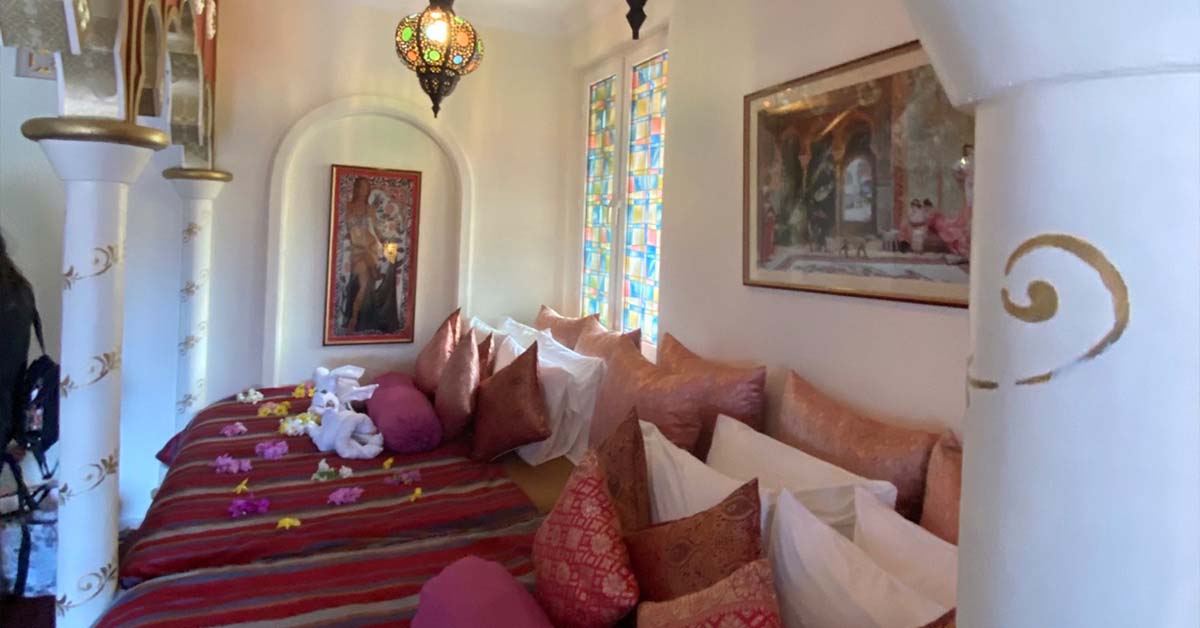 Weekend Spa-cations are a Must! 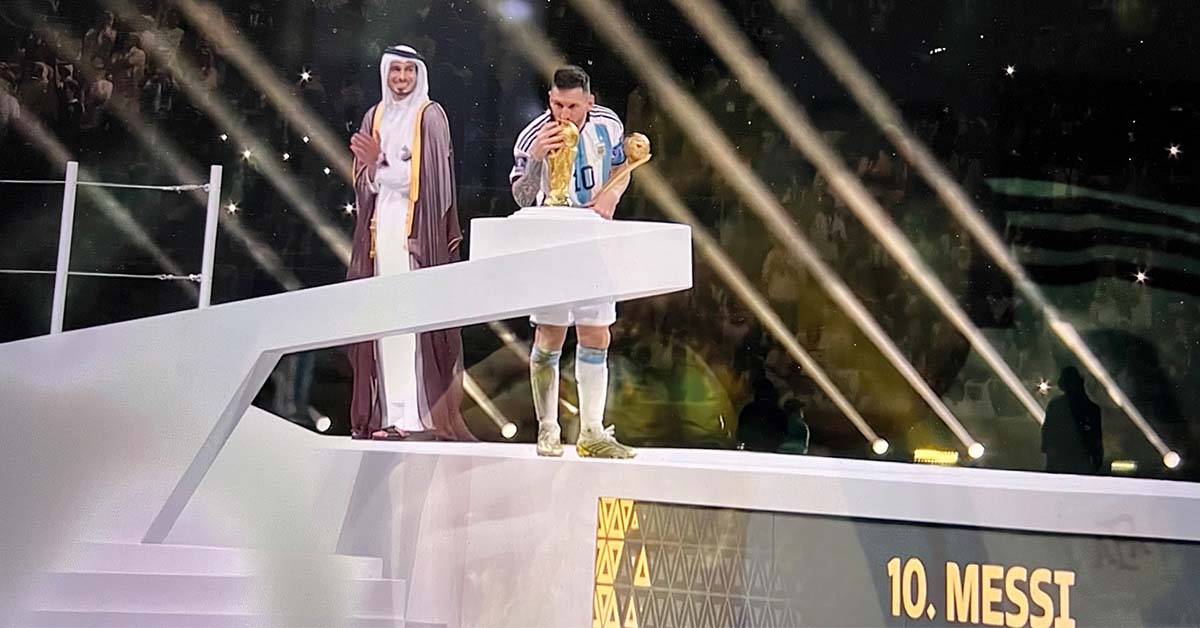 Many Winners in this World Cup 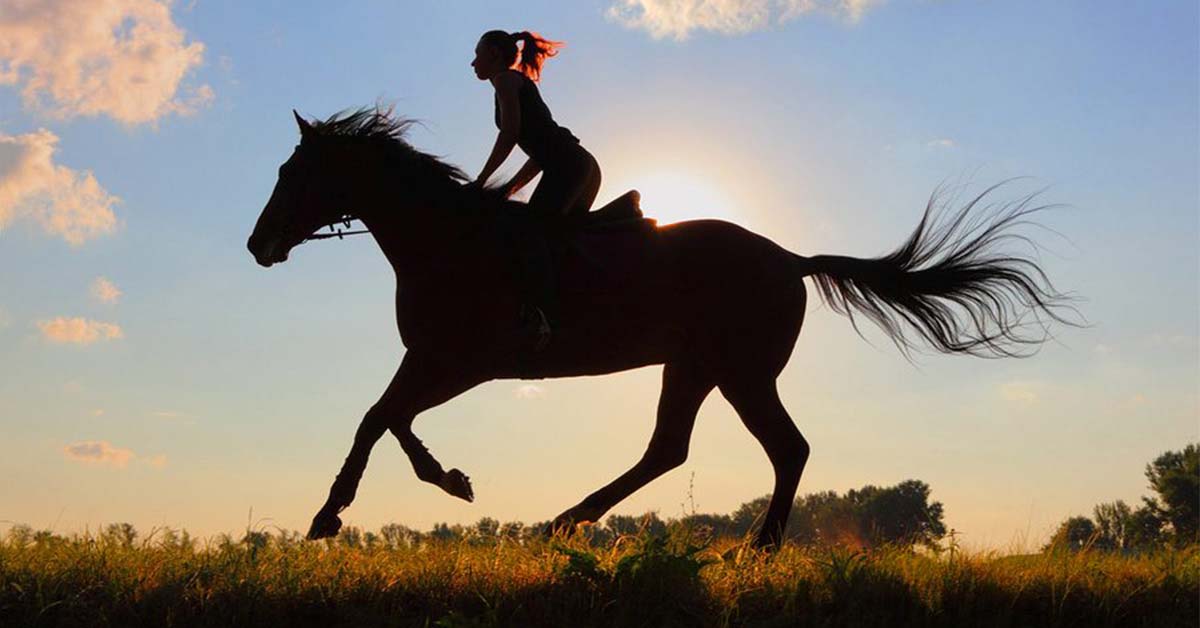 Take Up an Unusual Hobby