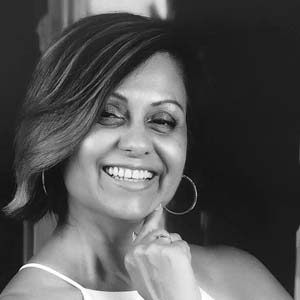 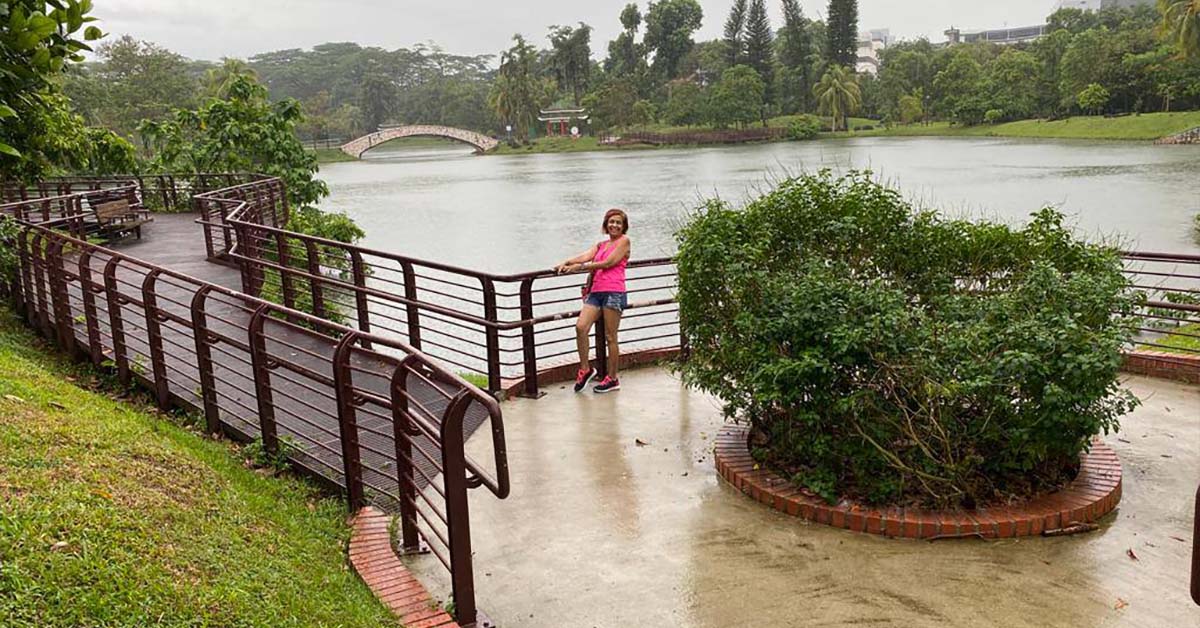 Another easy 1/5 low-gradient walking/cycling route with a host of surprises is in the north east. The North Riverine Loop connects Punggol Waterway Park to all the surrounding parks over 25 km.
Starting at Punggol Waterpoint with the Cove behind you, head in the direction of SAFRA Punggol. You’ll be riding or walking alongside condos and Punggol flats with five interesting instaworthy bridges spanning the Punggol Waterway Park.
These are the Adventure Bridge, Wave Bridge, Jewel Bridge, Kelong Bridge, and Sunrise Bridge. Cross the Adventure Bridge to get onto the other side of the park where you’ll soon see a sign showing you the way to Coney Island (3km).
Advertisement
Although you’ll pass two scenic turnoffs to the Punggol Promenade Nature Walk on your left, you can also stay on track until you reach the iconic red bridge leading to the Lorong Halus Wetland.
One option at the beginning of the Lorong Halus Bridge is to continue right. This is the Punggol Promenade Riverside Walk leading to Punggol Park (Hougang). Along the way, you’ll be tempted by the eateries at Tebing Lane.
However, if you cross the red bridge over the Serangoon Reservoir, you’d marvel at the beautiful scenery surrounding you. From the Wetland (on another day) you can walk on to Pasir Ris Park.
Today, if you go left at the end of the red bridge, it will be a quieter walk/ride on a gravel track to the East Entrance of Coney Island. Enjoy the 2.4 km walk from the east entrance of Coney Island to the west entrance.

As you walk/ride past the new Outward Bound School being built, and look left, you’d realise you are separated by the Serangoon river while walking adjacent to the Punggol Promenade. At the end of Coney Island, check out the Casuarina Tree Park and the beach facing Pulau Ubin. Savour the serenity by sitting on the gallery-like steps taking in the view of the ships sailing past. Once you have crossed the West exit bridge of Coney Island, you have now arrived at the Punggol Promenade. And if hunger pangs perturb you, you’re at the right place: The picturesque Punggol Settlement is just around the corner beckoning you with its glorious array of food choices from seafood to white bee hoon. This is a great stop to refuel and take many pictures.

Now you would be ready for the historical site Punggol Point marked by the Punggol Jetty. It was here that some of us remember tucking into crabs and prawns at the many seafood alfresco restaurants right up to the mid-eighties. But the area has a sad story to tell. Located at the Jetty is a historical narrative panel that explains the significance of the site.
It spells out the following: that this was where the Sook Ching Punggol Beach Massacre took place. Sook Ching means “to purge or cleanse”. It was a military operation that took place over two weeks from 18 February 1942. Several local Chinese underwent screening and those suspected of being anti-Japanese were executed by the Hojo Kempei (Japanese Auxiliary military police). Hundreds of civilians, including those who had been rounded up during the house-to-house search along Upper Serangoon Road, were killed on this beach on 28 February 1942.
Today families can be seen delighting in picnics on the beach by the sea at Punggol Point. The Jetty on the other hand has been taken over by monkeys foraging for food.
From Punggol Point, you have the option to carry on along the trail until you see anglers fishing against a backdrop of ships docked in the harbour of the Marina Country Club. As you go past the entrance to the Club, follow the track straight ahead to the main road and across is the Punggol PCN taking you back to Punggol Waterway Point.
The second option would be to enjoy the breezy full Punggol Promenade Nature Walk along the Serangoon River from Punggol Point, back past the Punggol Settlement and on to the Lorong Halus Bridge. This is the stretch you saw as you walked parallel to it on Coney Island. From the Lorong Halus Bridge or Sunrise Bridge you can return via MyWaterway@Punggol that will take you back to the condos and flats, and end at Waterpoint Point.

The history behind the Lorong Halus Wetland

The area was formerly a waste-dumping ground for three decades, from 1970 to 1999. It was decided that a dam be built on the Serangoon River to form the Serangoon Reservoir, Singapore’s 17th reservoir and an important source of our water supply. This area was transformed under PUB’s Active, Beautiful, Clean Waters (ABC Waters) Programme into a venue for recreation and community bonding.
I made a separate trip back just to comb the area, which is the size of 18 football fields. Do visit the information pavilion displaying the well-documented steps of the Lorong Halus Remediation System. The System redirects the leachate (moisture-filled refuse) from the landfill to the wetland for treatment.
The plants you see in the wetland are part of the water treatment process. They absorb nutrients from the leachate. I walked among the reed beds where the treated leachate flows to the polishing ponds. Thereafter the water is sent into our used water network. This process keeps the water in the Serangoon Reservoir clean.
At the same time, the plants form a habitat for animals and plants. As this ecosystem matures, the wetland will also develop into a natural habitat for wildlife.

Also on the northern fringe of the island is another interesting historical site. At the end of the Thomson Line (TEL), exit Woodlands North station and take bus 856 (showing “Woodlands”) for two stops to the Woodlands Waterfront Park. Enjoy the view of the Malaysian waterfront of Johor from the 400-metre jetty. If you need to grab a bite, there is a simple eatery serving local food on the jetty itself.
If you have time, check out the adjacent Admiralty Park. It has three boardwalks and a two-km nature trail. And if your grandkids tag along, they are in for a treat: The 26 slides in the best playgrounds for children of all ages.
Otherwise head left in the direction of the Causeway about a kilometre away. At this juncture, you can recall the history of the Causeway with the aid of the history and information panel at the site.
The panel reads: Before the Causeway was completed in 1923, this stretch of coastline was the location of a jetty and railway station which were connected to the rest of Singapore by rail. During the Second World War in February 1942, the Japanese forces landed west of the Causeway which was partially blown up by the Allied Forces. After the war, the site was used for naval installations until 1997.
After the Causeway PCN experience, take a stroll along the Marsiling PCN (1.3km) towards Marsiling Park. With its contemplative Oriental arches and bridges, it is a fitting tranquil close to a trip down the vista of the years.

FROM $4 OFF
Share
PrevPrevious10 free apps you must download when you get a new phone
Next1 Fish, 3 Dishes for Lunar New YearNext
Advertisement 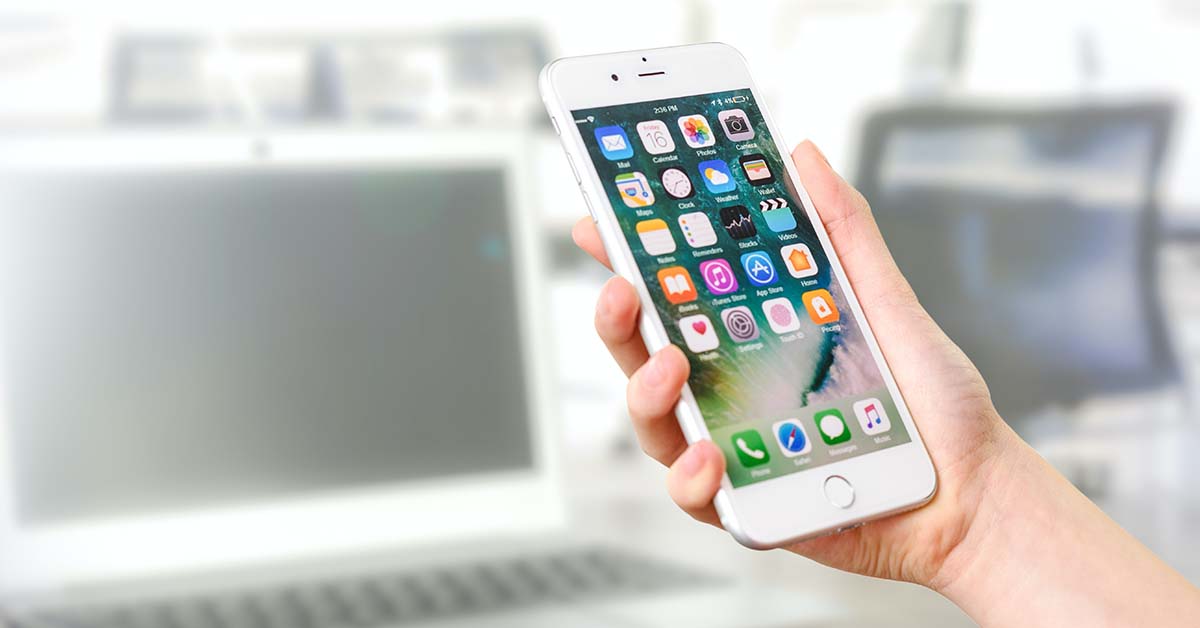 3 apps to support an active mind 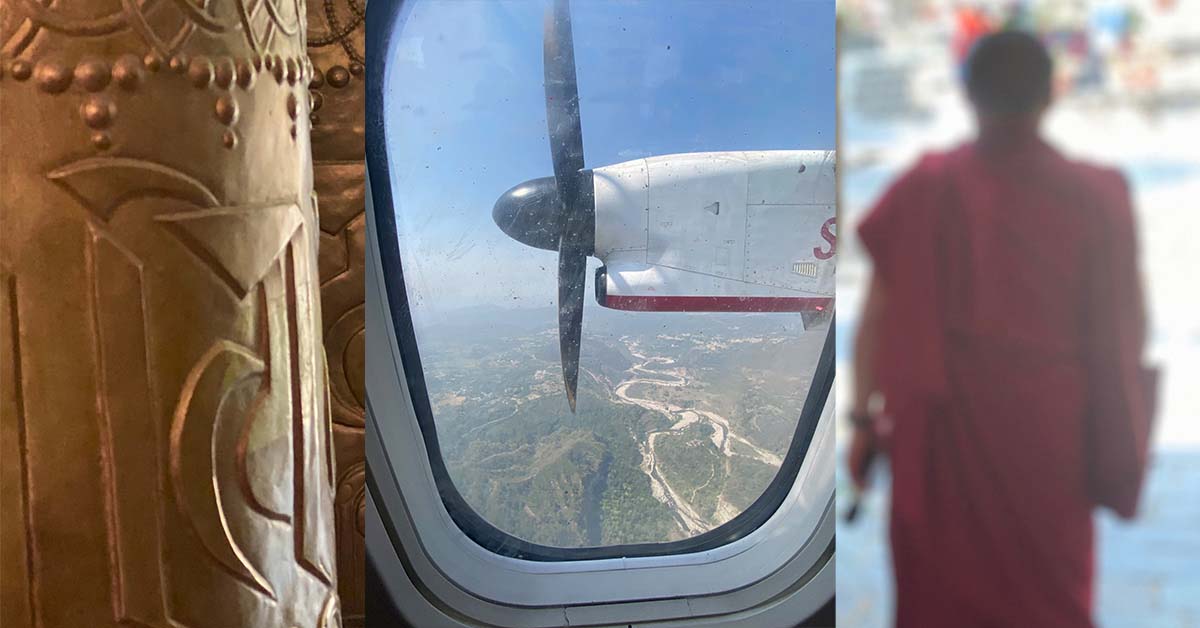 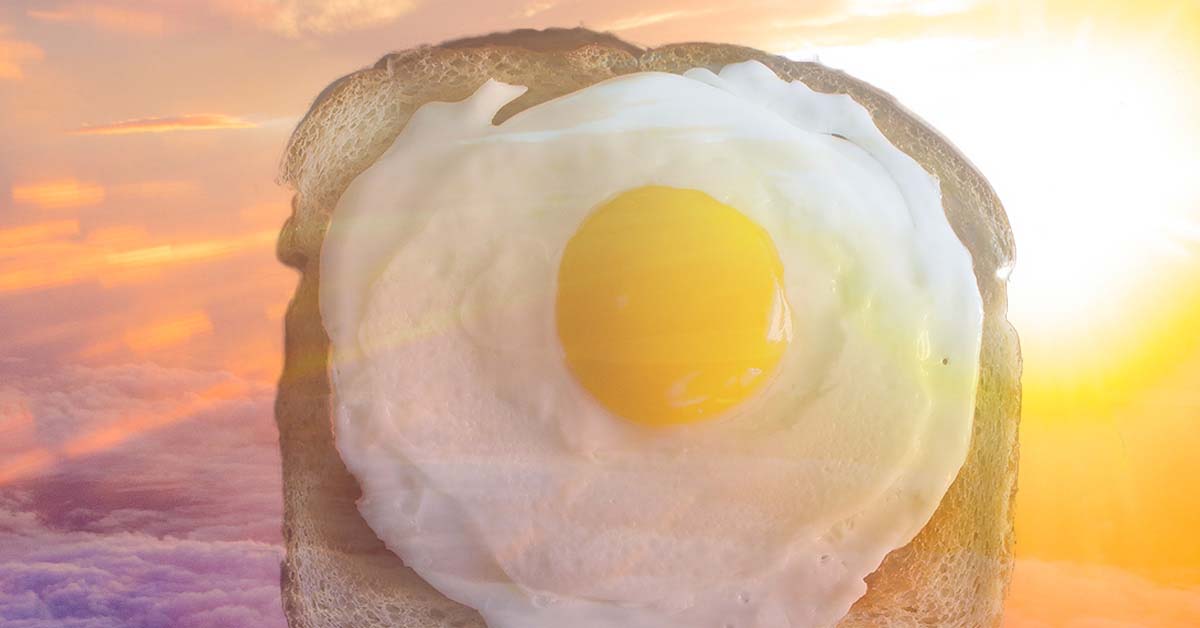 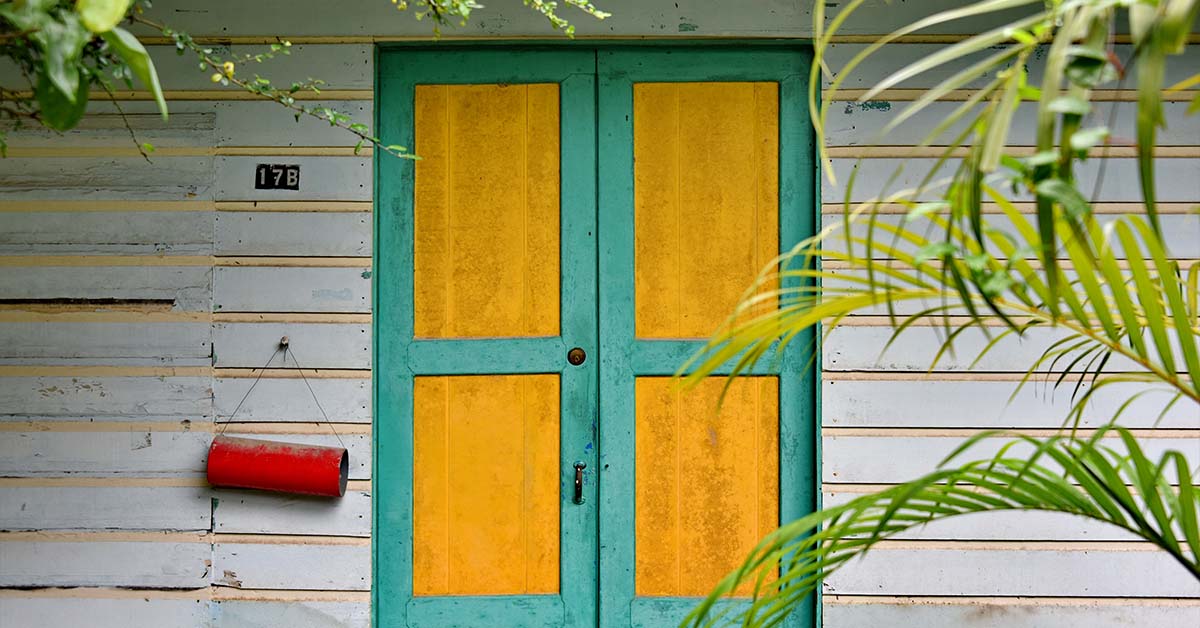 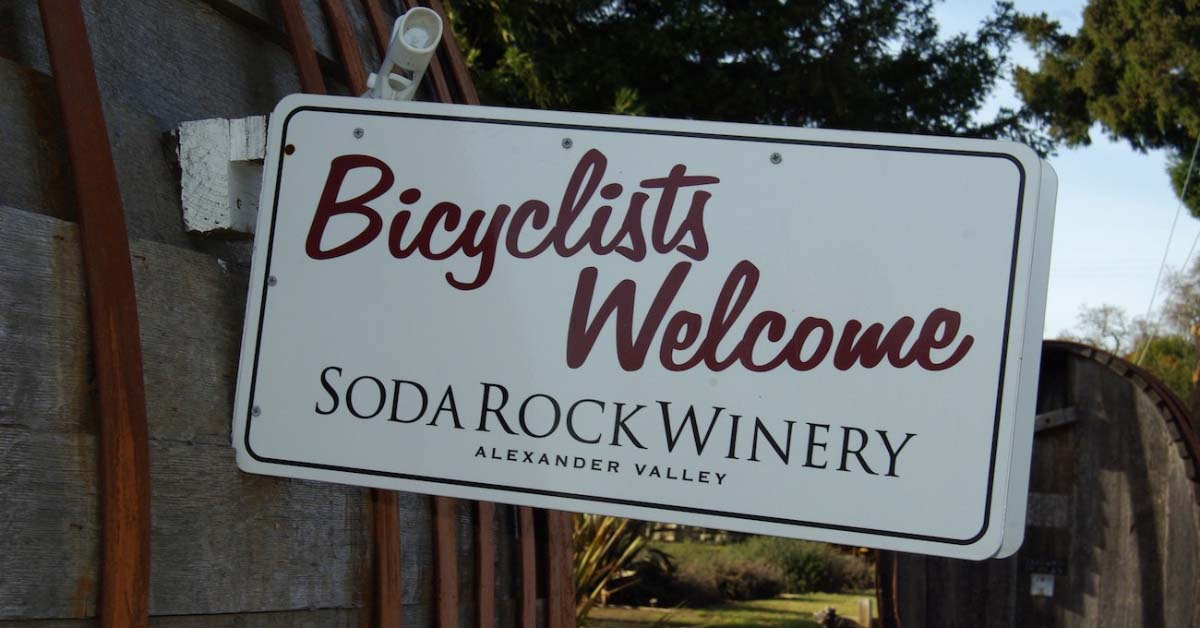 Sip and Cycle Through Napa Valley and Sonoma County 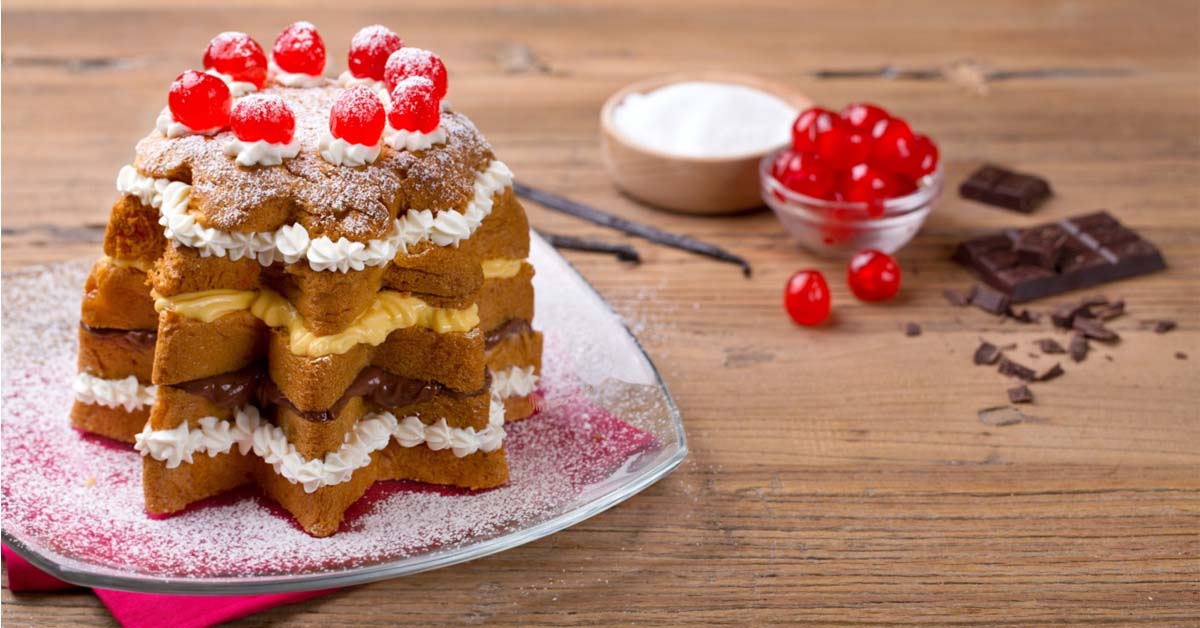 Compare It! Panettone & Pandoro For Christmas